It with great sadness that we report the death on 6th October 2018 of David Carlton, who was one of the first of our Fellowship appointments at the Global Policy Institute. David made very significant contributions to the Institute as an author, a remarkably eagle-eyed editor of a wide range of material, host and moderator of our flagship series of events during our time at Jewry Street, and through his wide range of academic and political contacts. He was a particularly close friend and collaborator of our late Director, Stephen Haseler, with whom David had more many years almost daily, and extremely lively, exchanges on current political events, not least those surrounding the British Labour Party.

David attended the LSE in the early 1960s to study History where he met Haseler. Both of them were extremely interested in contemporary politics and followers of Hugh Gaitskell, then Leader of the Labour Party. On some Sunday evenings they would meet Gaitskell at his Hampstead home and came to share much of his radical moral and political outlook – as set out by Stephen in the ‘The Gaitskellites’. 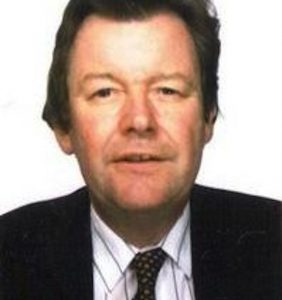 David took a PhD and became an Open University tutor. This was followed by a post at North London Polytechnic (which is now London Metropolitan University) where he met a fellow historian Dr Robert Skidelsky, also at one point a research fellow of the Global Policy Institute. After a few years Skidelsky moved to the University of Warwick and established a Department of International Relations and David later joined him there and taught for seventeen years when he retired.

David wrote several books on contemporary history beginning with ‘Anthony Eden, A biography’ (Allen Lane, London, 1981), followed by ‘Britain and the Suez Crisis’ (Blackwell, Oxford, 1988), and ‘Churchill and the Soviet Union’ (Manchester University Press, Manchester, 2000). These were followed by 5 monographs and 21 further volumes mainly on issues of security and terrorism. In 2007 he gave a lecture at Gresham College in their series ‘Leadership and Change: Prime Ministers in the Post-War World : Anthony Eden’. This is still available on their website. He was widely published in various academic journals and his journalistic work has been published in The Times; The Daily Telegraph; The Spectator and The Listener. He has also appeared on various radio and television programmes including the BBC’s Newsnight and Radio Free Europe.

David met his first wife, Ann Carlton, at the LSE and they had one son and a daughter. After their marriage was dissolved he remarried. He leaves his wife, Teresa, and his children. The funeral was private. His colleagues at the Global Policy Institute will miss David dearly, not least his collegiality, much cherished biting humour and deep insights.