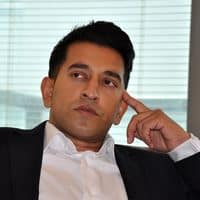 Omar Zahid is an expert on Bangladeshi politics, economy and society. While Omar’s research has previously focused on US foreign policy, and especially the neoconservative movement, he is now mainly focussed on South Asia, and particularly on Bangladesh, because of his heritage and his father’s involvement in the 1971 War of Liberation. He is a frequent visitor to the country, and of The University Press Limited in Dhaka.

Omar holds a BA in International Relations and a MA in International Relations and Globalisation. Omar took undergraduate and post-graduate courses with Professor Chris Dixon, acting director of the GPI, and the late Professor Stephen Haseler. After completing his studies Omar has worked for several investment banks as well as in the technology and the Third sectors.

Building a Digital Economy for Bangladesh

Bangladesh at 50: Where does it go from here?

The Socio-Economic Implications of Covid-19 for Bangladesh

The Ongoing Plight of Migrant Domestic Workers in the Middle East

A History of Oppression: The Rohingya – An Unwanted People