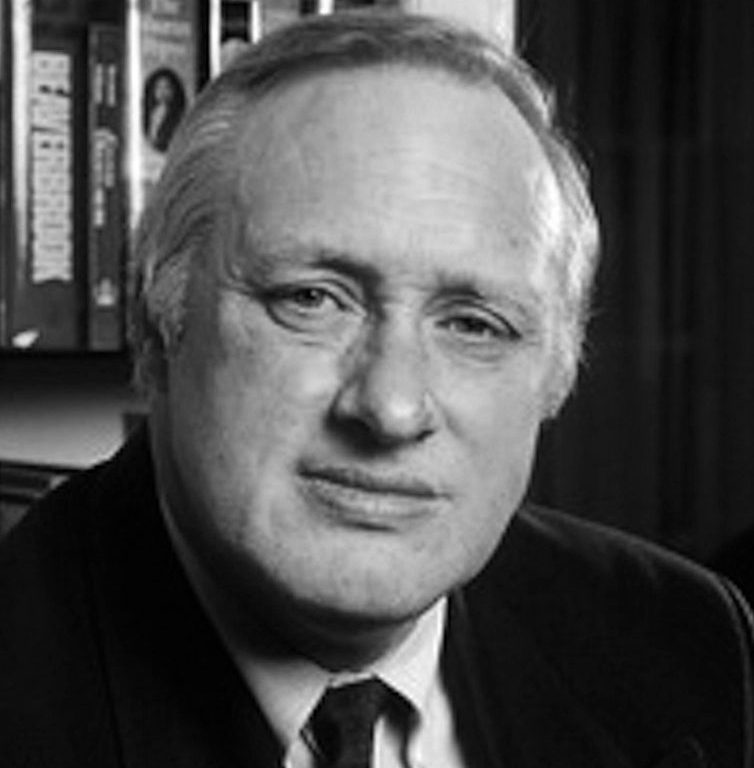 European, Atlanticist, radical, controversialist, academic, activist, debater, writer, teacher, friend and mentor, he achieved so very much over a long career and his enthusiasm touched so many of us. He will be sorely missed.

Stephen was the driving force behind the Global Policy Institute (GPI) since its inception in 2006. While the immediate focus of the Institute was on the nature and directions of globalisation, in the context of the global financial crisis this developed rapidly to encompass the failures of neoliberalism and related accelerated shifts in the global power structure. Stephen’s own writings (Meltdown, 2008 and Meltdown UK, 2010), and many other publications and media and conference appearances, played an important part in expanding the work of the Institute. His many contacts, in America and in Europe, enabled the Institute to open up a dialogue with significant politicians and academics, giving the Institute access to experience and hard-won knowledge. For Stephen this was always an important component of any public event.

While Stephen was best known as Director of the GPI, he came to this role relatively late in his political and academic life. He obtained his PhD from the London School of Economics and Political Science and this led to his first publication The Gaitskellites(1969). Hugh Gaitskell was a friend and mentor as well as formative to Stephen’s own political and moral outlook. His introduction summarising Gaitskell’s views and beliefs perhaps best describes Stephen’s own view of the world:

…though not a socialist, Gaitskell remained ‘a man of the left’. In his sense he was a true English radical. For him, like the Fabians, the power of morality and reason was always greater than of inherited interest and privilege. And it was this great belief in the power of reason that led him to become both a republican and an atheist….Like all English radicals Gaitskell saw Britain as a dauntingly unequal society and detested Britain’s stubborn class system. His intense fondness for America, particularly for its informal and unstuffy social and cultural life, sprang from this egalitarian outlook. But Gaitskell’s belief in equality was more than equality of worth. It led him, partly under Tony Crosland’s influence, to become something of a tax and spend re-distributionist… He was attracted to meritocracy. After all, he was one himself. And his decided preference was for a country governed by educated public intellectuals – and not by standard landed and business classes…

Already Stephen had become an active politician, standing as a parliamentary candidate for the Labour Party in Saffron Walden, where he was the youngest candidate in the 1966 general election. He was elected to the Greater London Council (1973-77) and became Deputy Leader.

As a true Gaitskellite, Stephen was opposed to the radical Livingstonian Left, and he courted controversy, to which he was not amiss, helping to found the Social Democratic Alliance in 1975. He was a key player in the forming of the Social Democratic Party in 1981, breaking away from the Labour Party. Not himself an MP, he was an influential figure behind the ‘Gang of Four’ of David Owen, Shirley Williams, Roy Jenkins, and Bill Rodgers.

His enthusiasm for most things American was nurtured by visiting professorships at Georgetown University, John Hopkins, George Mason University and the University of Maryland-Baltimore County. He made contacts with policy makers, either side of the aisle, and was a close observer of the Reagan-Thatcher ideological axis and its determination to bring the Cold War stasis to an end. Stephen was a radical, in that he believed the job of the politician was to move the agenda forwards, even if this meant political conflict.

Stephen achieved enhanced public prominence with his much-discussed book, The Fall of the House of Windsor (1993). Stephen was a republican by conviction, and he saw many of the ills of British politics as stemming from an unnatural reverence for the monarchy. Britain’s failure to have a written constitution derived in his view from an inordinate respect for tradition embodied in the monarch herself, and Stephen noted that the use of the 2016 EU referendum as an expedient political device could not have happened in countries where referendums are governed by legal rules. His scathing critiques of Westminster politics captured by English cliques were reflected in his co-chairmanship of the Radical Society (1988-96). He became a vigorous Chair of the pressure group Republic (1990-2006), rumoured to have the unofficial support of Princess Diana. He remained a frequent media choice for debates over, and comments on, the monarchy, although he was often extremely irritated by being asked to comment on what he regarded as ‘royal trivia’.

Overall Stephen published some 13 single authored books and another 17 in collaboration with other writers, as well as numerous articles, book chapters and pamphlets. He made the final changes to his last book England Alone days before he died. To be published in the autumn, this book reprised many of his critiques of the ‘English tribe’, the ‘political elite’ and ‘the establishment’, all of whom had for decades been auditioning for today’s existential crisis of the United Kingdom, triggered by the disastrous EU Referendum result. Stephen had been for many years a fervent promoter of European integration, indeed European federalism, and a prominent place for Britain in the EU as well as a long-term critic of the UK’s semi-detached relationship with Brussels (The English Tribe, 1996 and Super State, 2004). This went hand in hand with his criticisms of the UK’s subservient and delusional orientation towards the USA (Sidekick: From Bulldog to Lapdog, 2007).

Stephen was particularly focused on writing and arguing for the urgent need of a United States of Europe in order to safeguard European values and interests in the context of neoliberal globalisation, which he saw as the principal cause of growing inequality in the West and the empowerment of a new class of ‘global super rich’, the title of his 2001 book. In the face of growing inequalities in core advanced countries, Europe offered a unique model of political and individual freedoms coupled with social welfare and economic safety nets. He was of the view that individual nations such as Britain on their own could not survive in a world of competing great powers like the United States, China and Russia. This view was reinforced by the election of Donald Trump, which Stephen believed would propel European integration forward in response to the ‘America First’ policy, which would inevitably weaken the transatlantic bonds.

In light of all these activities and interests, it is easy to forget that Stephen was also a remarkably good and inspiring teacher – an activity that he particularly enjoyed – with a long career in higher education. He joined City of London College in 1967 having just completed his PhD at the London School of Economics. It was here that he met his future wife Bay, an East-coast American. He continued to teach in the Politics, International Relations and Business areas of its successor institutions (City of London Polytechnic, London Guildhall University, London Metropolitan University) until 2017. In 1986 Stephen was one of the first professors appointed by the City of London Polytechnic. He was very proud of his US visiting professorships and latterly (2012) he was made Emeritus Professor of Governance at London Metropolitan University. He was also engaged with a wide range of bodies that were important to him. He was a Senior Fellow and Council Member at The Federal Trust and a board member of the Richmond American University in London.

Throughout his career Stephen was a very gifted and powerful orator and frequent speaker at public events. In February 2017 he presented his policy pamphlet ‘Trump’s New World Order: Brexit and Europe in a World Turned Upside Down’, to an extremely well-attended meeting.[i] This was, as the title suggests, and as was typical for Stephen, a tour d’horizon of neoliberalism, the rise of popular opposition to globalisation, and related national policies and geopolitical shifts. It was, as ever, forcefully argued and keenly debated. Equally forceful, were his comments made (3 July 2017) at an event organised by the Global Policy Institute, Federal Trust and Konrad Adenauer Stiftung on the limited prospects for the UK’s trade following a ‘hard’ Brexit, and the need to reverse the fateful decision of last year’s referendum.

But maybe most important of all, Stephen was a very dear friend and mentor to a great many students and colleagues, and he will leave a void that can’t be filled. His advice and support was always freely available, whenever requested, and was considerate and genuine. He was a keen listener and learner who, while holding some strong convictions, was open to questioning many of his own assumptions and conclusions, and to reflect on the experience and analyses of others, if the logic of the argument was sound. For many of us Stephen was an enormous presence, a real personality that these days is rarely encountered in the world of academia. Everyone who was fortunate enough to have been able to spend some time with Stephen benefitted from his energy, intellectual curiosity, insights and political experience.

Stephen will be missed greatly by all his colleagues and friends at the GPI and beyond. His memory will stay with us and our heartfelt condolences go out to Stephen’s greatest influence and supporter over so many decades, his wife Bay Haseler, and his sister Sue Yates.

ENGLAND ALONE: Brexit and the Crisis of English Identity

Trump’s New World Order: Brexit and Europe in a World Turned Upside Down

Super-State: The New Europe and its Challenge to America: Britain and the Drive to a New Europe