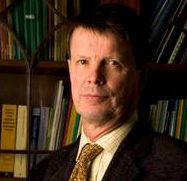 Sam Whimster studied at the London School of Economics, where he received his PhD. He has taught at the University of Leipzig and held research fellowships at the universities of Heidelberg, Tuebingen and Munich as well as most recently at the University of Bonn. Sam is also a fellow at the ACfSS (Academy of Social Sciences).

Max Weber and the Culture of Anarchy (Palgrave, 1999)