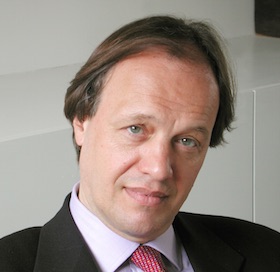 Previously, he was Centennial Professor of European Political Economy at the London School of Economics and Political Science (LSE) from January 2001 to 2005. During 2005-2007 he was Visiting Professor at Harvard University, Faculty of Arts and Sciences, Government Department and an associate of the Minda de Gunzburg Centre for European Studies at Harvard. He has also taught at the University of Hamburg, the Institut d’Etudes Politiques in Paris and Lille, at the College of Europe in Bruges and at the Free University of Berlin (1997-2000). Stefan Collignon has served as Deputy Director General for Europe in the Federal Ministry of Finance in Berlin 1999 – 2000. He was also member of the Supervisory Board Glunz AG (1999-2010).

Stefan Collignon was born in 1951 and received his Ph.D. and Habilitation from the Free University of Berlin. He also studied at the Institut d’Etudes Politiques (Paris), the University of Dar es Salaam, Queen Elizabeth House in Oxford and the London School of Economics. Since 1990 he has been president of the Association France-Birmanie. He joined First National Bank in Dallas in 1975, worked with the German Volunteer Service in Tanzania (1977-1979) and was Chairman and Managing Director of Dorcas Ltd. London (1980 – 1989). From 1989 to 1998 Dr. Collignon was Director of Research and Communication at the Association for the Monetary Union of Europe (Paris).

Immigration and Unemployment in Europe: Does the core-periphery dualism matter?

Brexit has the semblance of a new English Civil War